The scientific and educational organization that has been mapping the Earth, seas, and sky since 1915, has known only 4 oceans, the Atlantic, Pacific, Indian and Arctic Oceans, and the Southern Ocean has been recognized as the fifth by the National Geographic Society of America.

The French magazine Le Point said that scientists already knew the Southern Ocean, “.. but in theory we did not officially recognize it because there was no international agreement,” says Alex Tait, a geographer with the National Geographic Society.

“It’s the only ocean that touches three other oceans and embraces an entire continent rather than it itself,” Sylvia Earle, a marine biologist and National Geographic explorer, said in a statement, an ocean with cooler air and bluer glaciers, according to scientists. 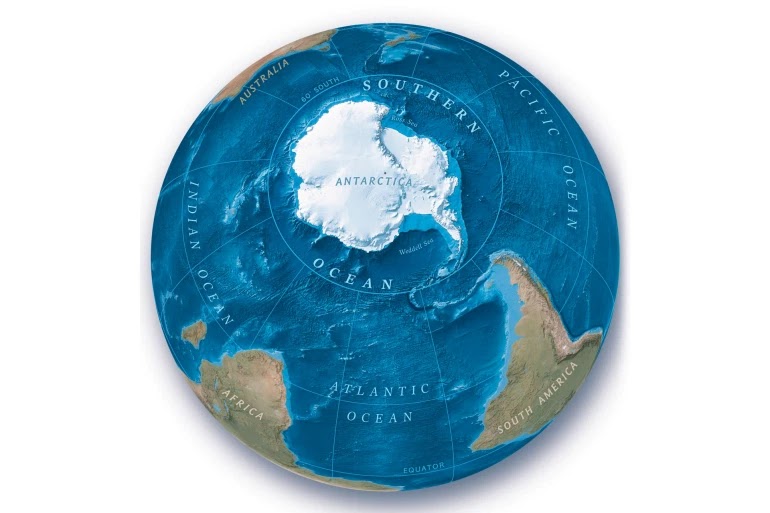 Although geographers have been wondering for several years about the characteristics of this ocean, are they unique enough to deserve it to have a name of their own, it is its decisive impact on the Earth’s climate that finally prompted them to review its qualifications, especially as the cold, dense waters flowing to the ocean floor off Antarctica also helps store carbon in the deep ocean.

This decision is therefore part of the organization’s desire to raise public awareness of ocean conservation, and thus recognition of the Southern Ocean is a way to put this ocean in the spotlight, when it is as threatened by global warming as others.